When Kristyn saw the hotel it was a done deal as Gregan’s is the most beautiful and relaxing country house with an atmosphere of calm and those views! We planned for an intimate ceremony in their garden with flowers in peach, yellow and natural greens.

The day started {and continued!} with lots of lawn games of bean bag toss, croquet and giant Jenga. A competitive group these were. 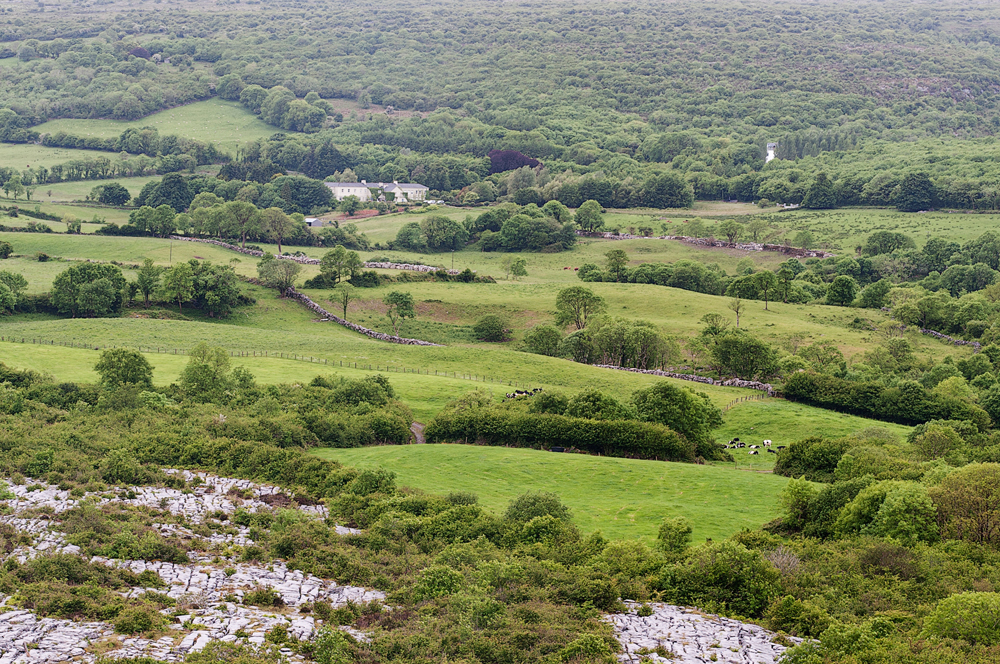 It was an intimate group of 30 from Texas who took over the venue and the wedding was made even more interesting taking into account Ed’s Russian heritage  so there was of course lots of vodka and caviar! 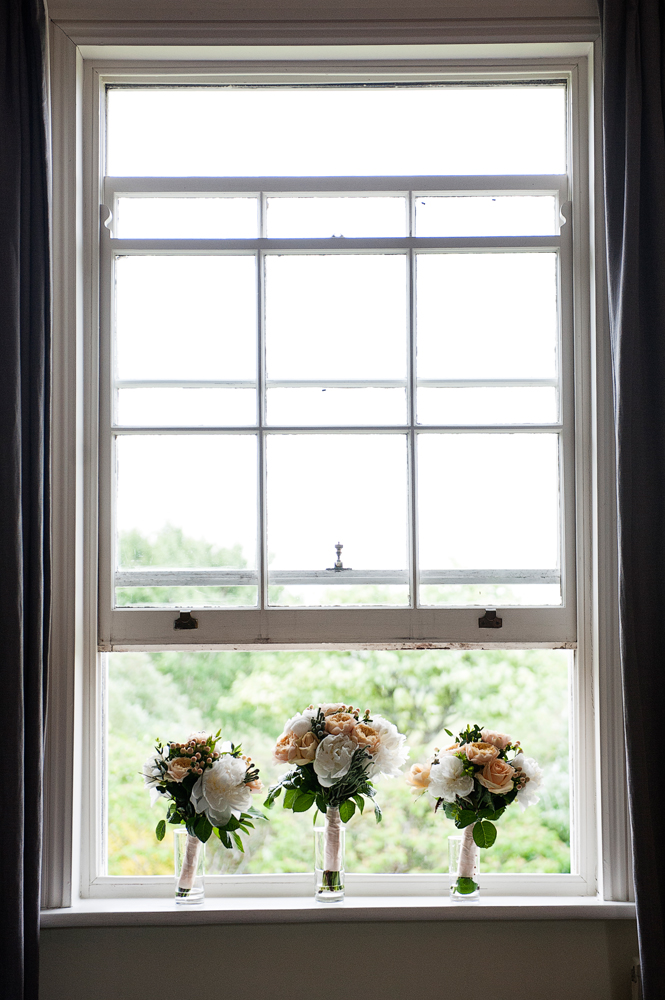 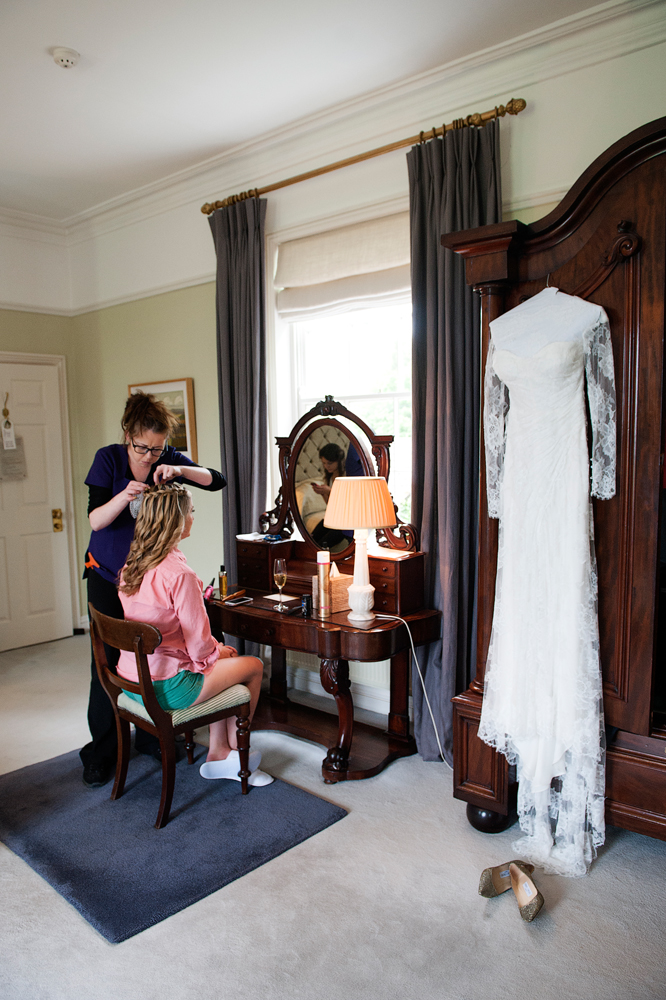 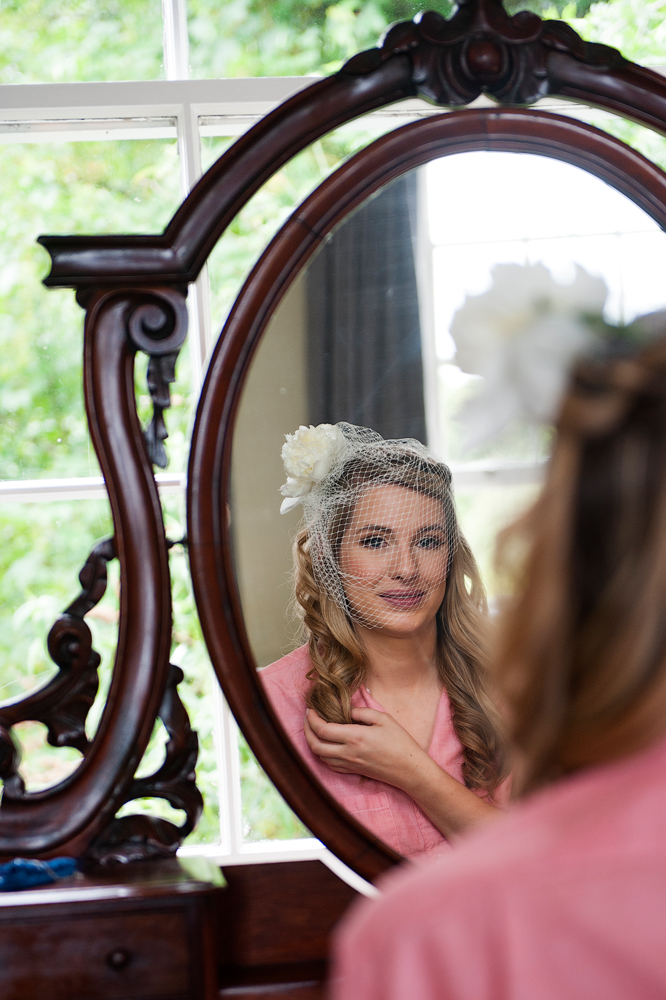 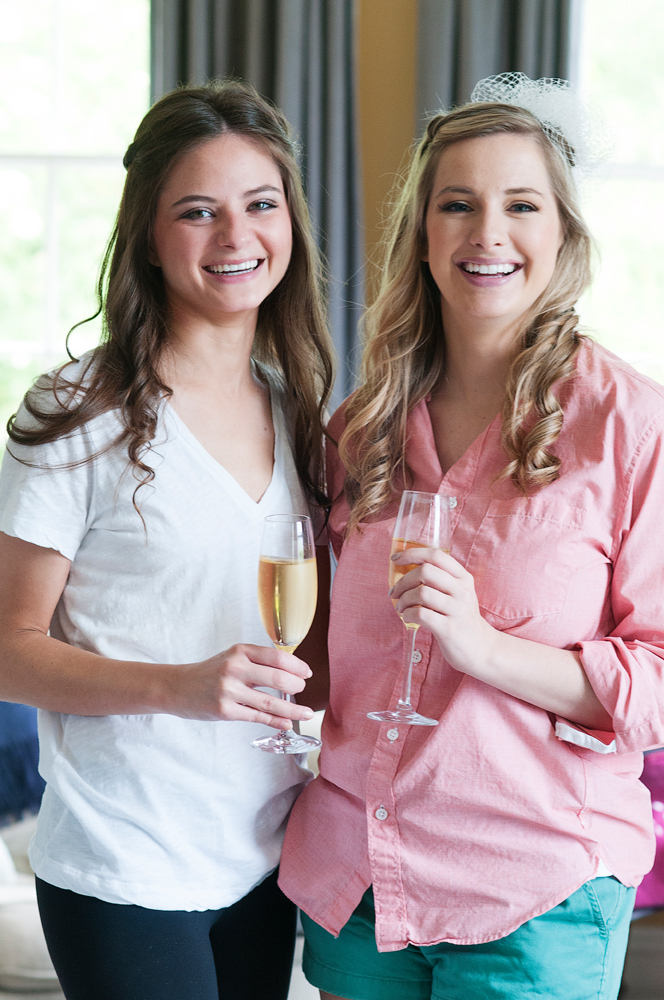 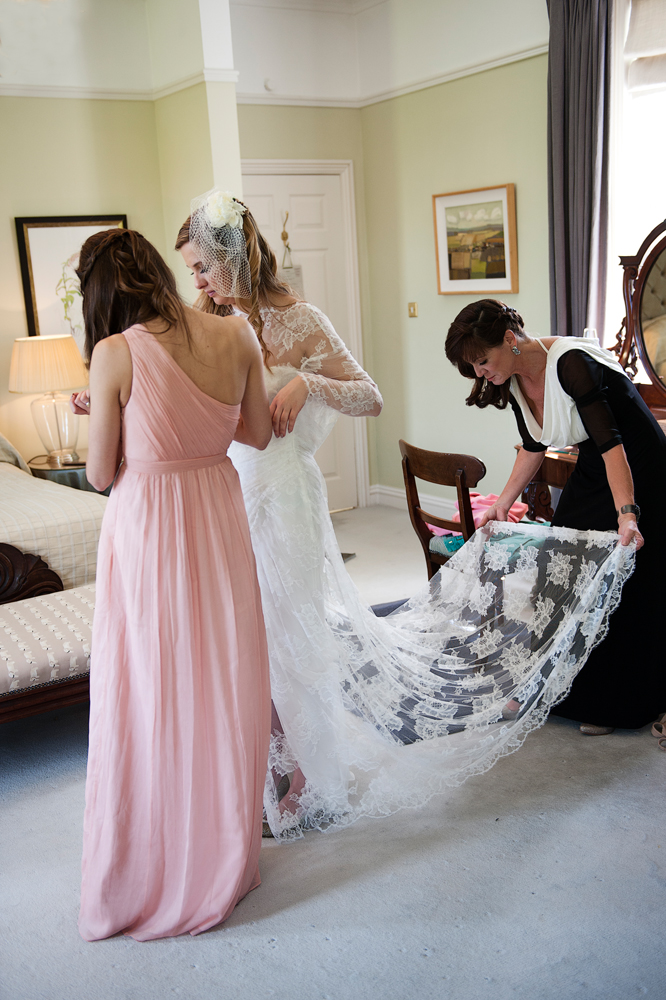 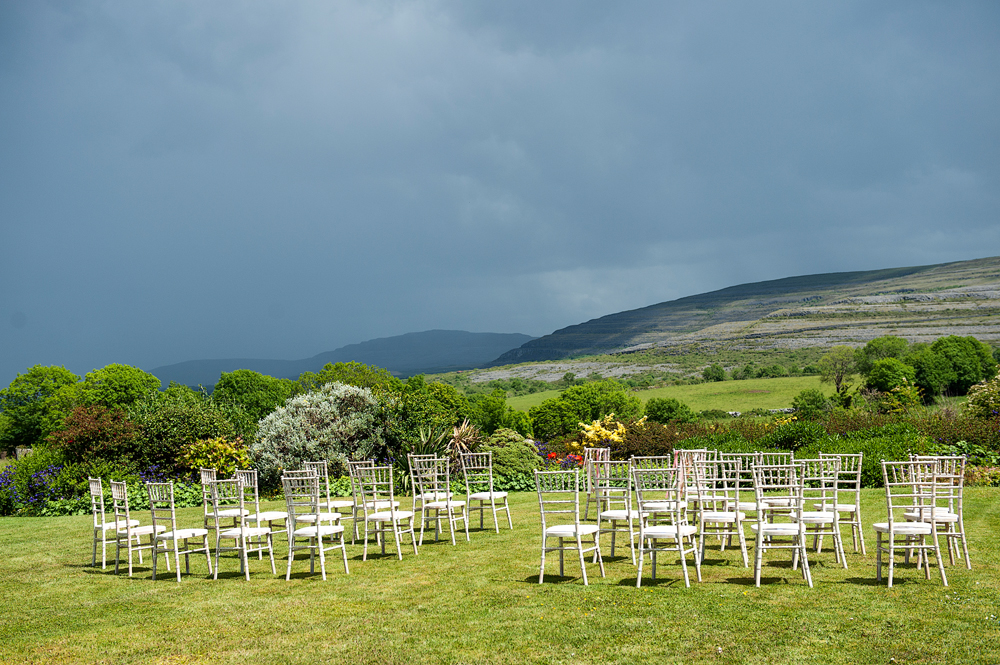 Kristyn’s heritage was present in the Murray family tartan worn in the form of dickie bow ties by all of the men. 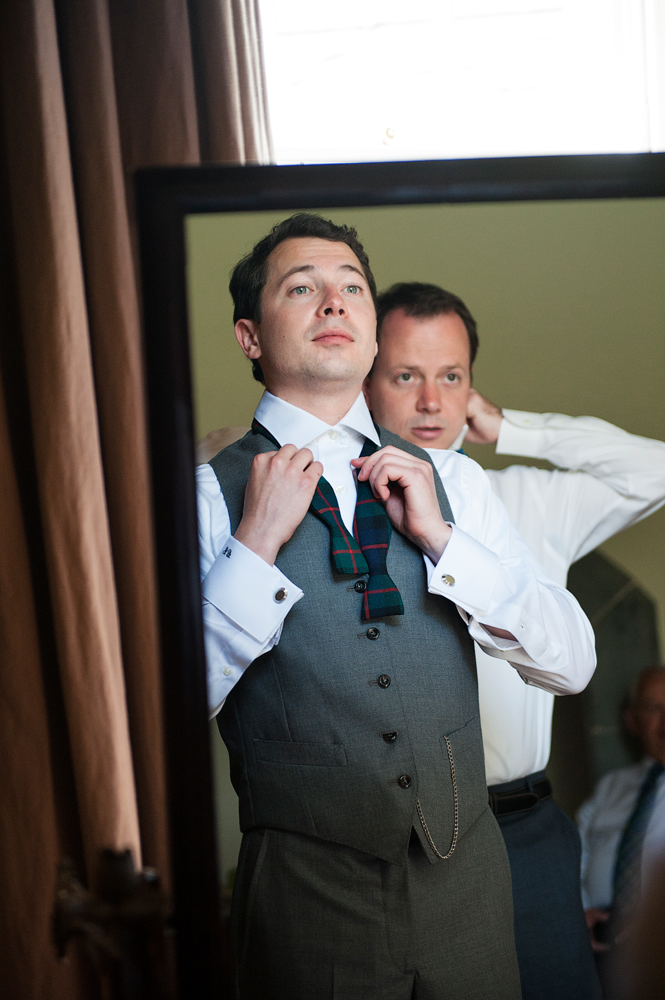 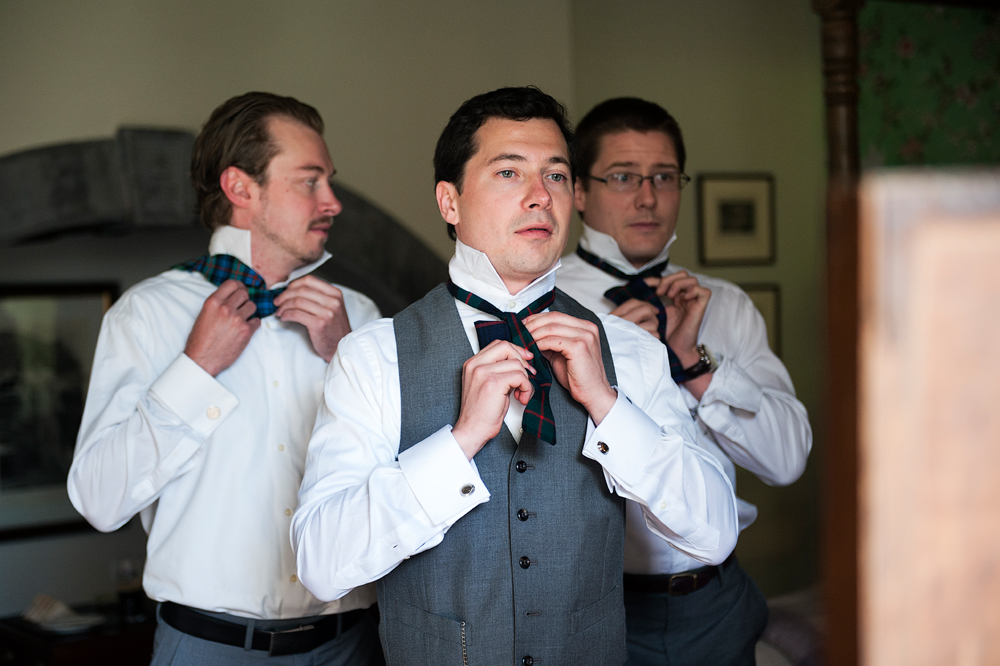 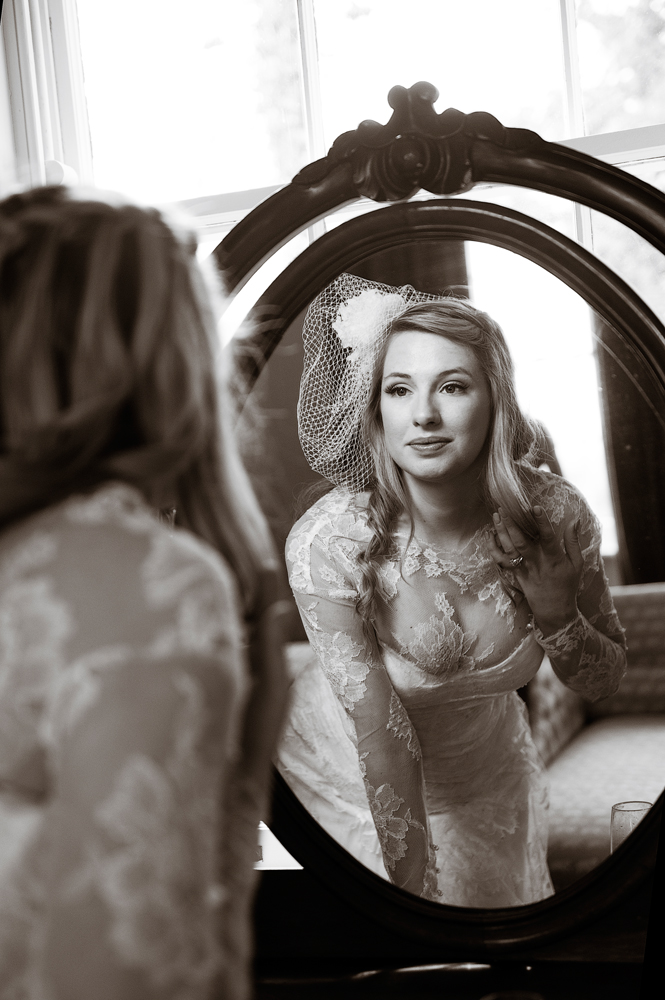 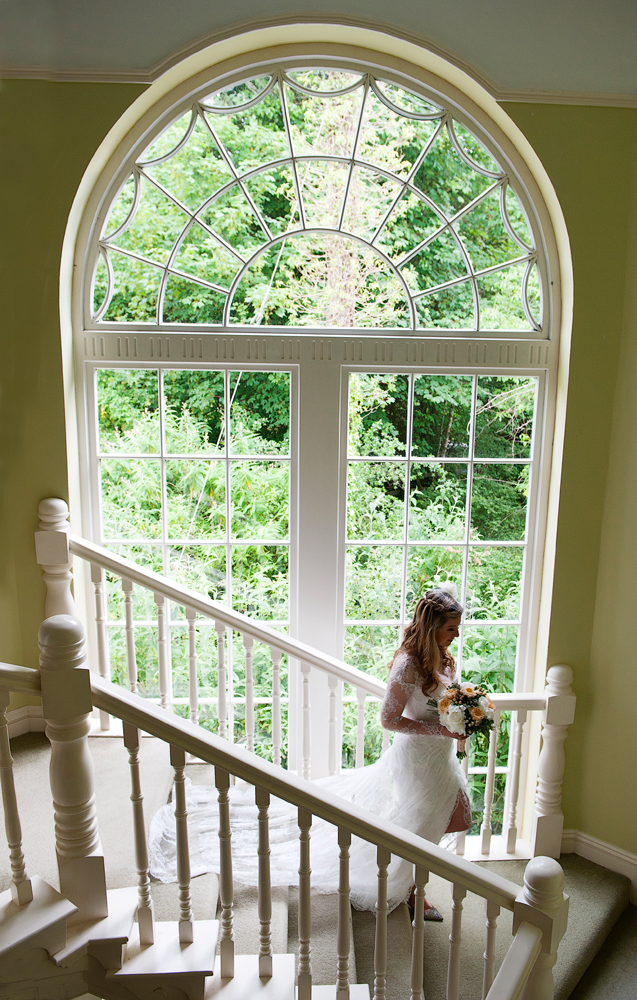 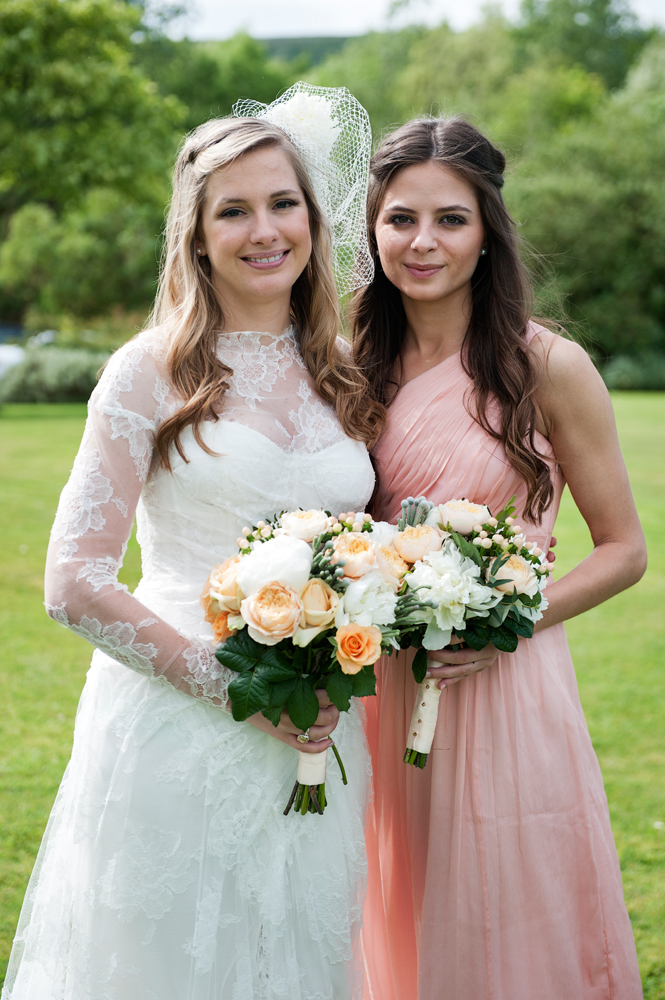 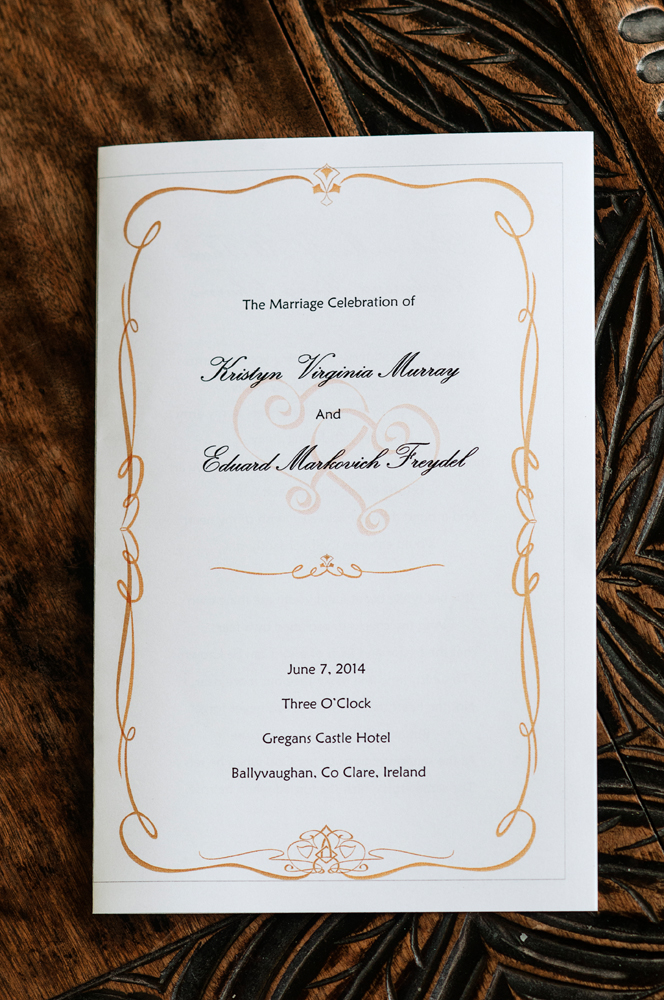 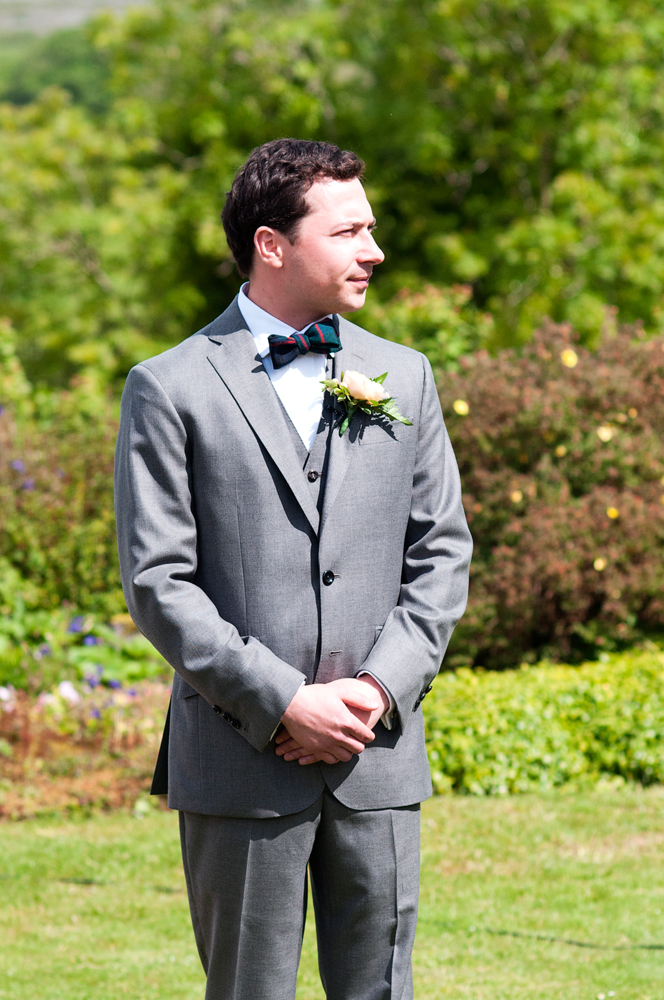 The ceremony was important to them and they incorporated lots of nice sentimental elements into it with a rose ceremony, ring warming and unity candles lit by their mothers. Thanks to Gary, their celebrant, of Spiritual Ceremonies for helping them personalize the whole ceremony. 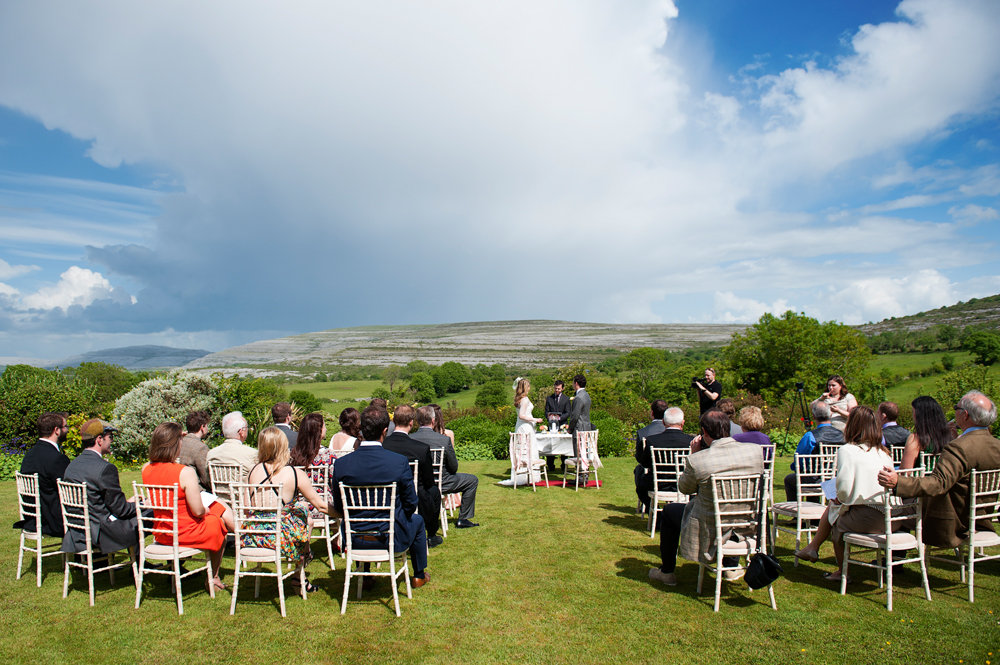 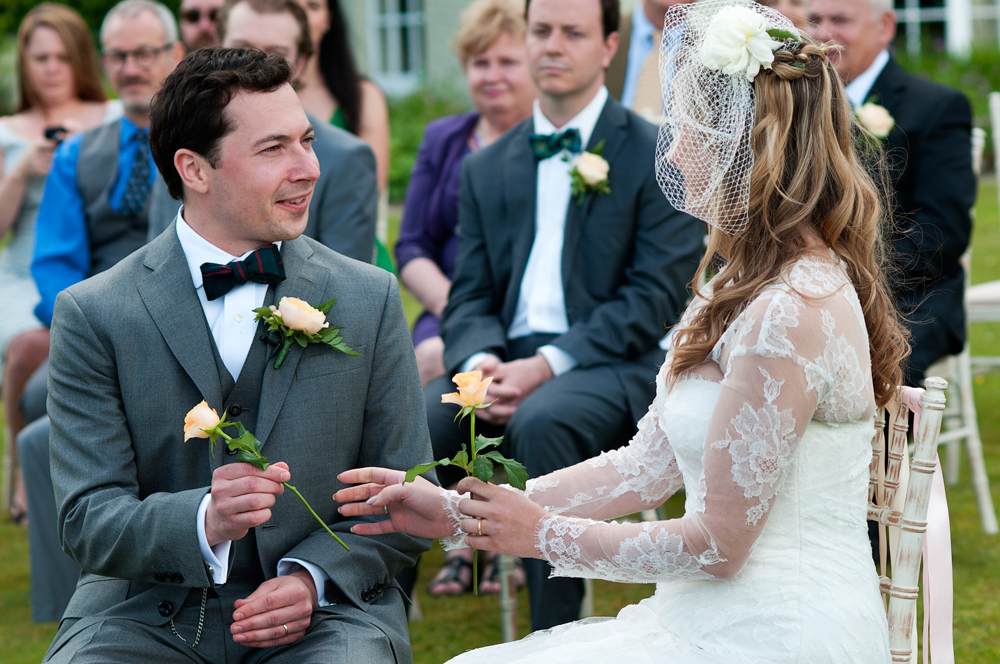 Both of Ed’s parents were hearing impaired and they exchanged their vows {as well has the whole ceremony} through signing. 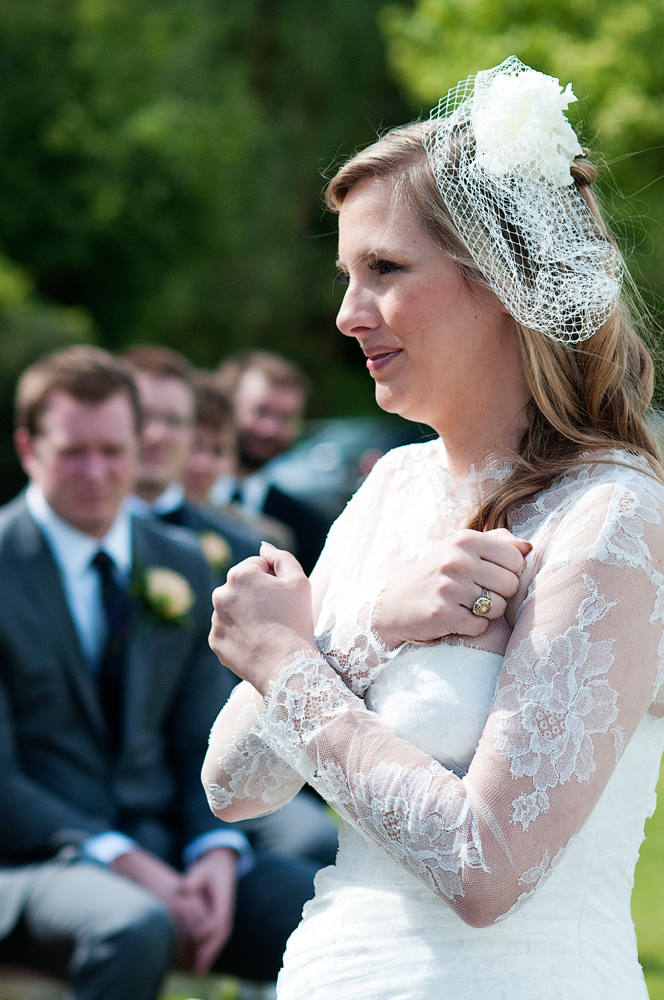 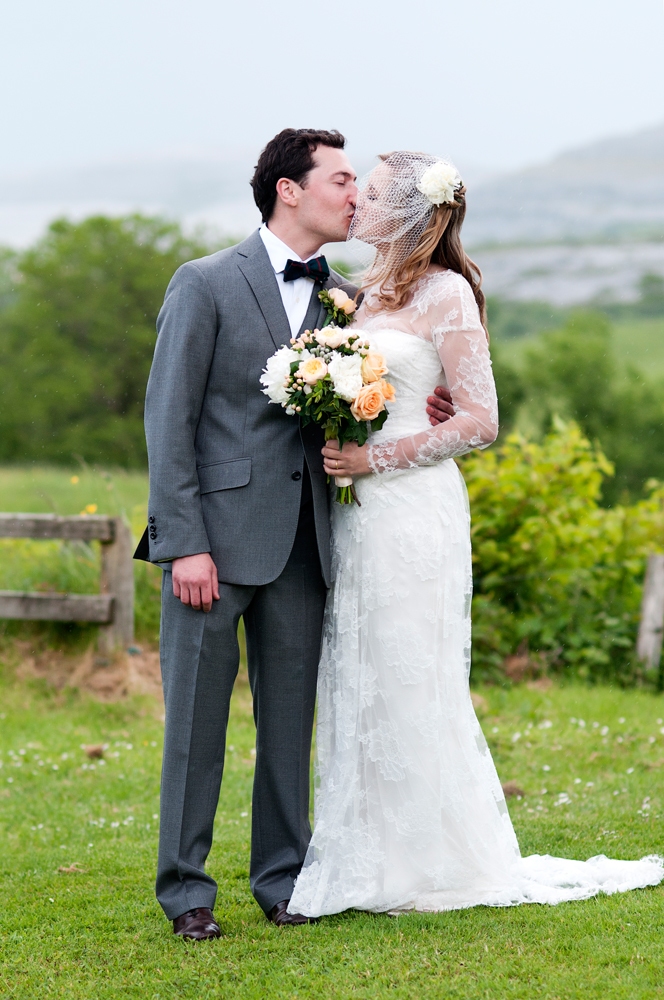 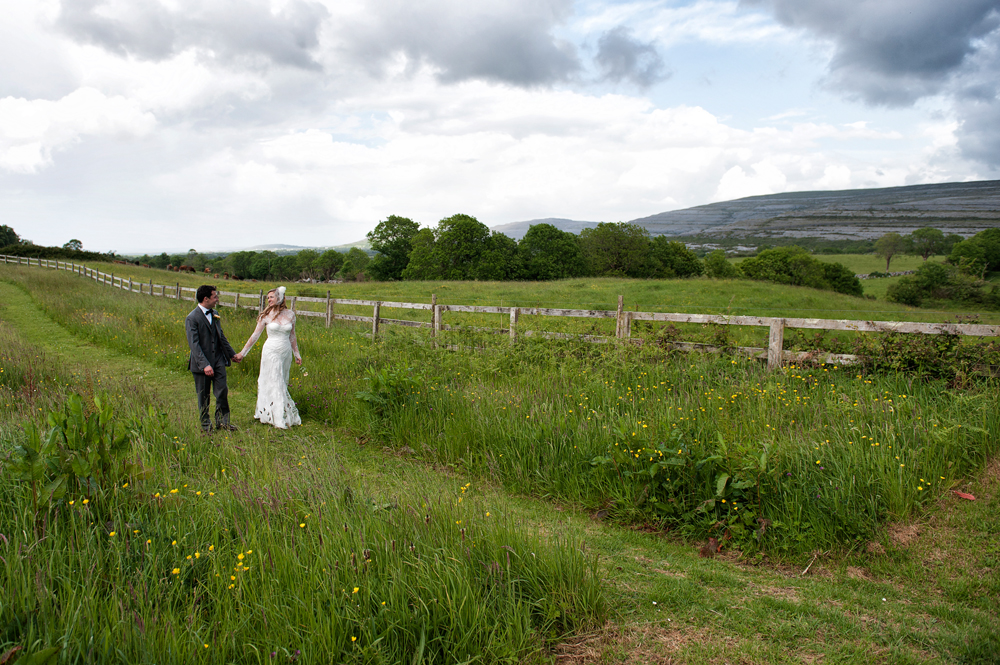 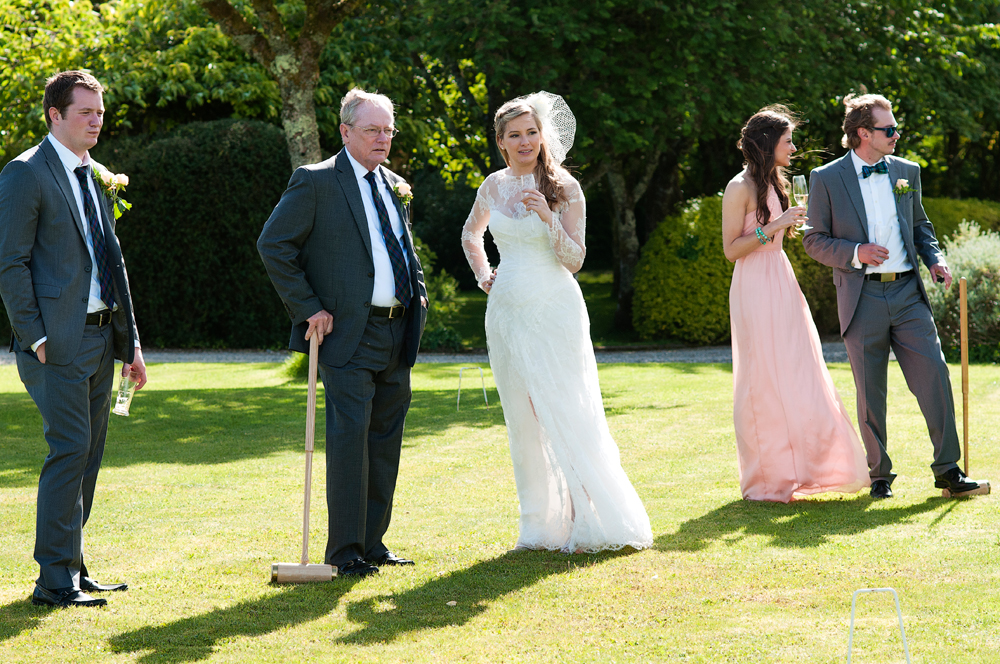 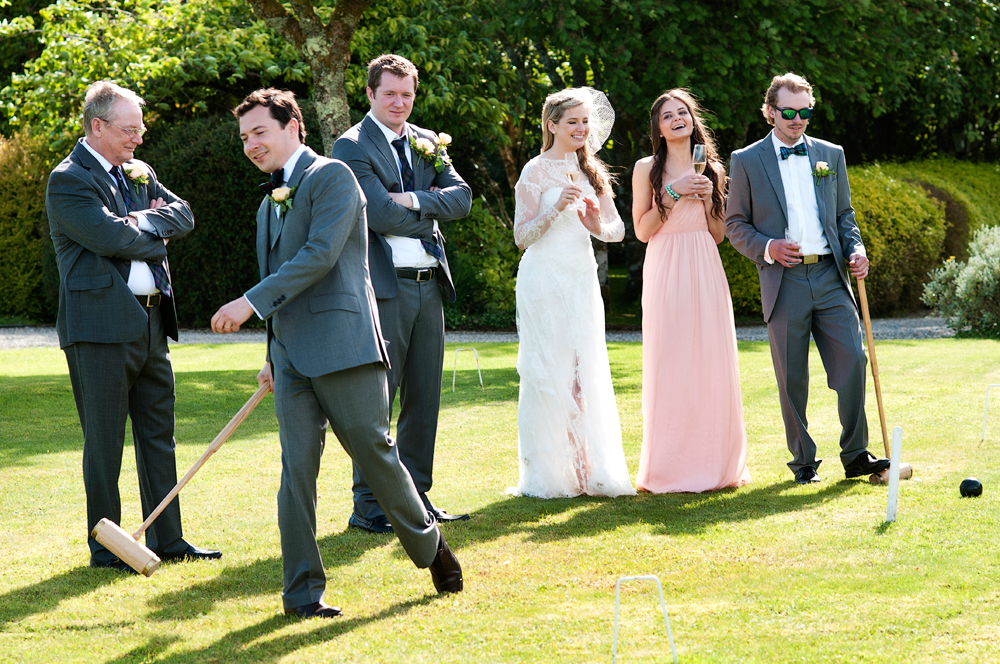 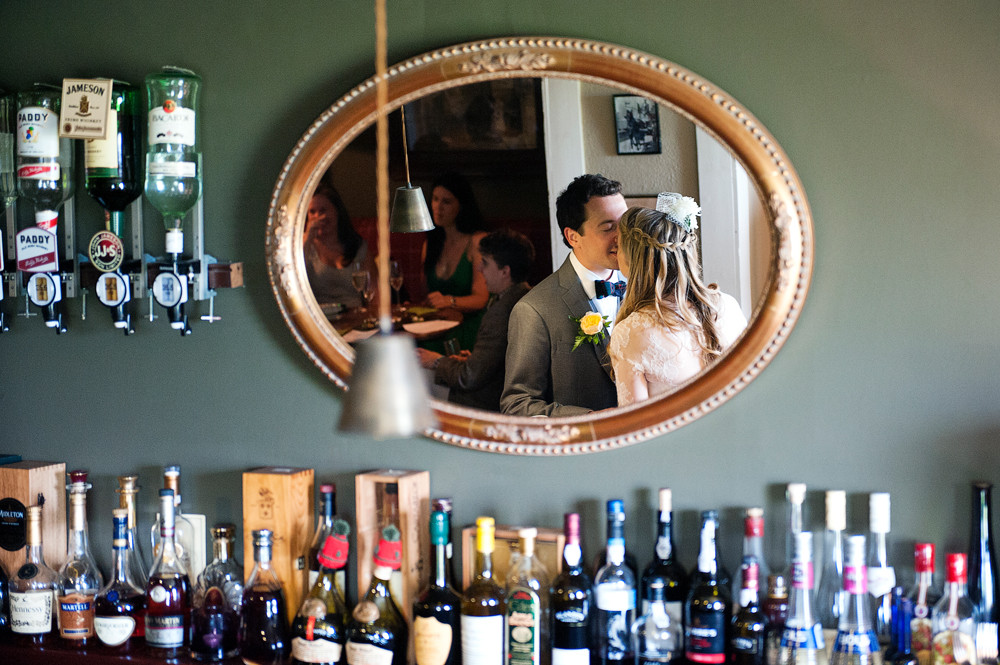 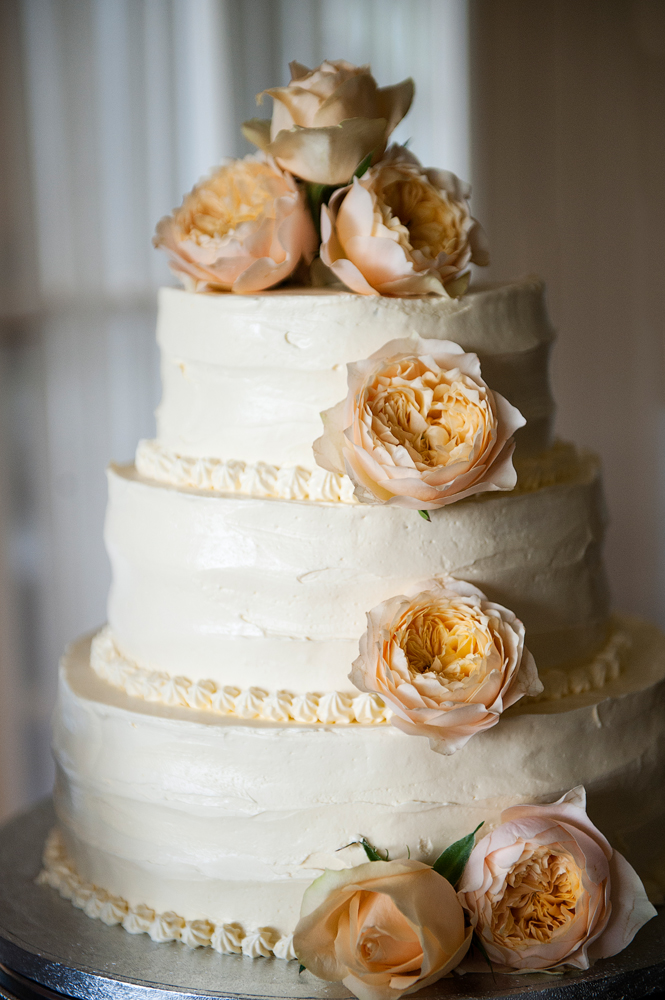 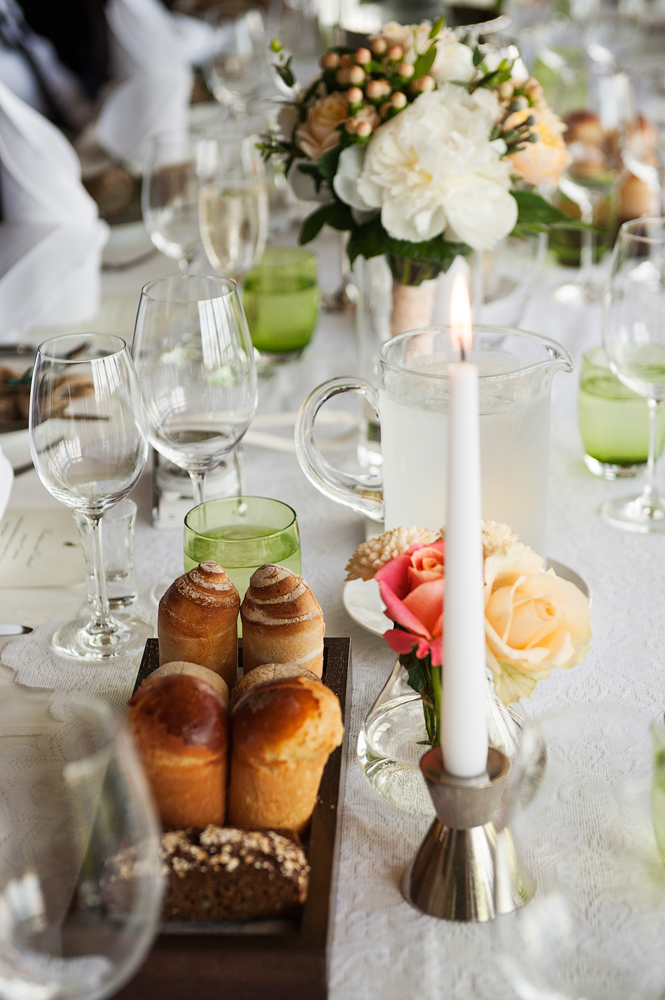 Note the Russian elements on the table of a bottle of Russian Standard vodka to be taken as guests offered toasts to the happy couple throughout dinner and {did you know this??} the pickles which are eaten after taking each shot of vodka. I loved that and it made for funny eavesdropping by me as I continually heard cheering, a moment of quiet followed by shouts of “Pass the pickels!” 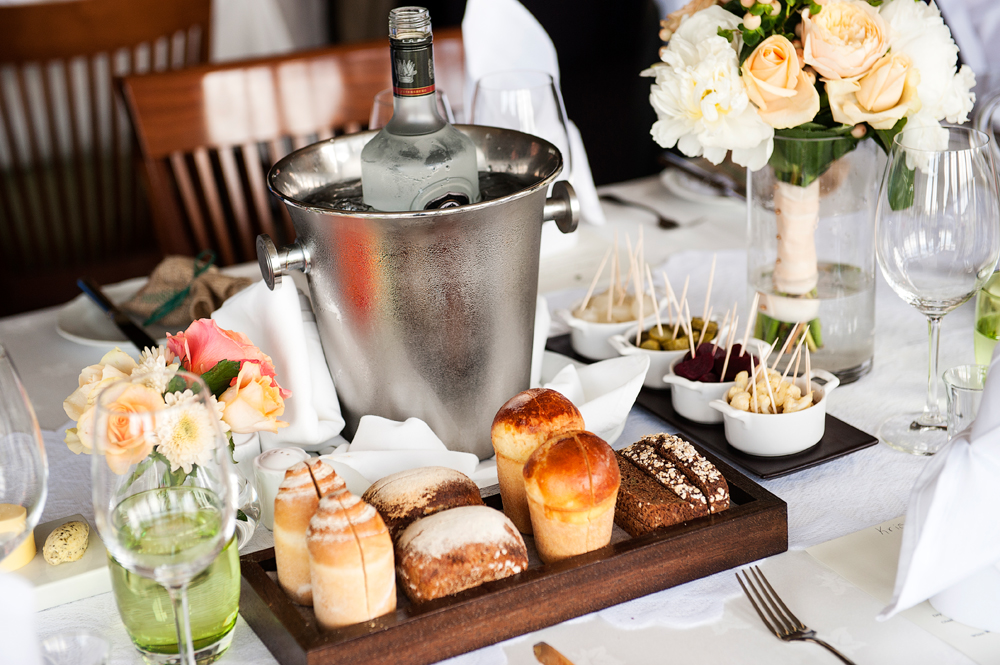 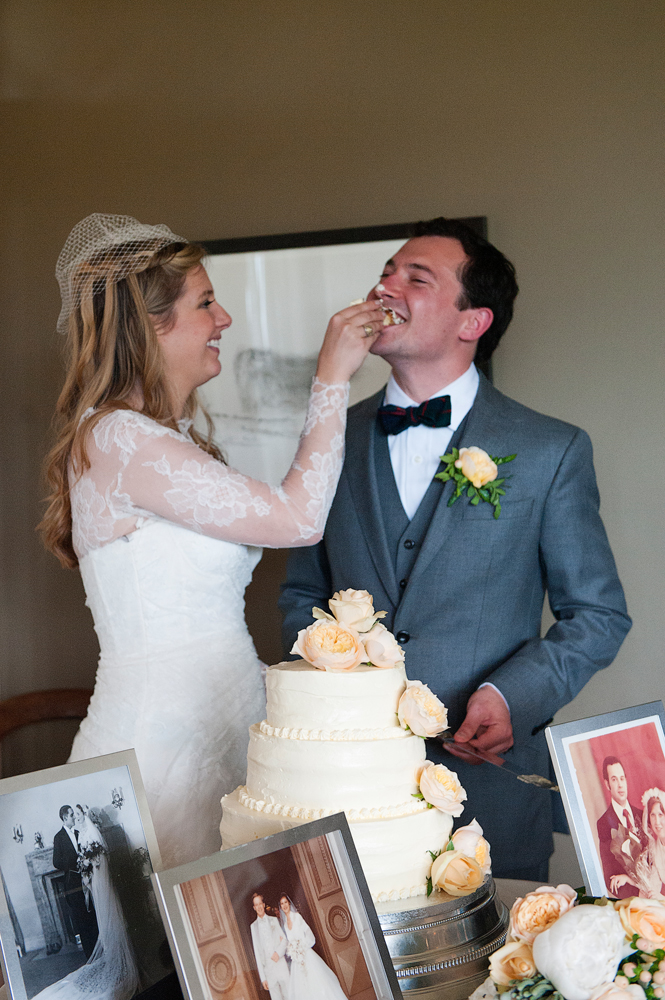 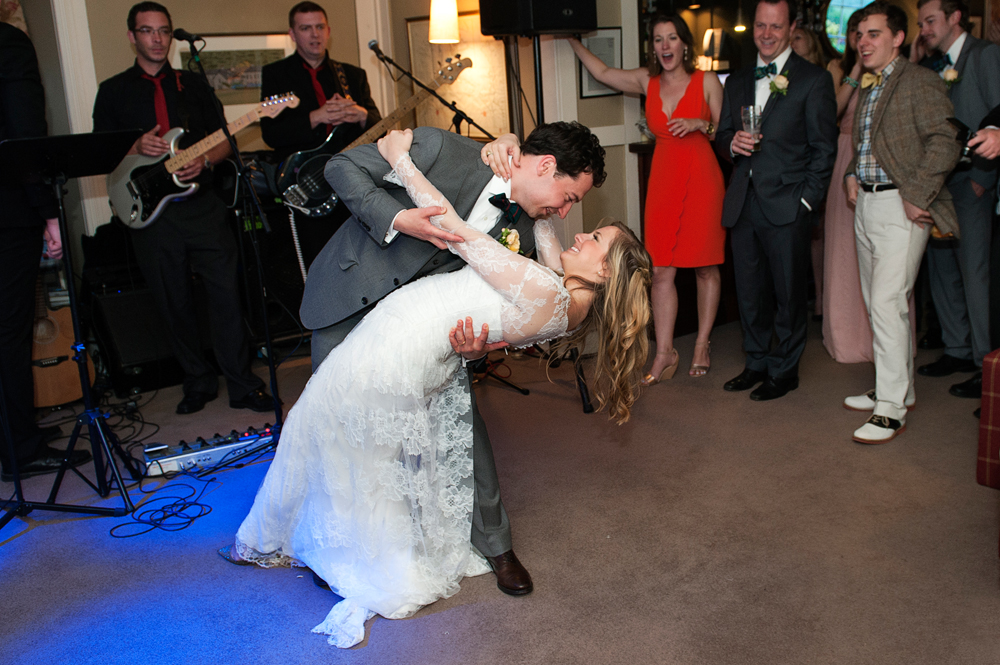 Thanks for helping Kristyn & Ed {and me!} go to Aoife Herriot Photography for capturing every moment, Simon and all of the staff at Gregan’s – plus the food was amazing, to Gary as mentioned above from Spiritual Ceremonies, and {another} Aoife and Miriam from Mimi’s salon in Ennistymon for the girls hair and makeup. I’d love to mention Dave again from DG Video and Yvonne from Celtic Cakes who is always so great to work with and finally The Soundmen for the music all day – and entertaining the guests when we were waiting for some showers to pass before the ceremony.

It was a great day and a pleasure to be involved.